The Power of Extra 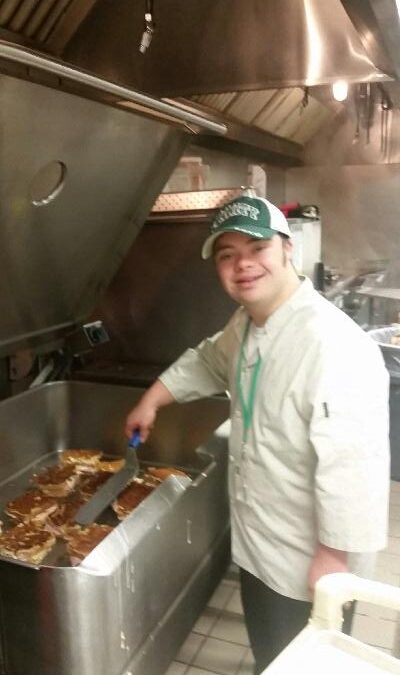 Today marks World Down Syndrome day because it is 3.21 (third replication of the 21st chromosome).  It is a day to celebrate these remarkable individuals, but also to recognize how far we have come in the journey, along with the strides needed to continue to move forward.

So, this year marks Bailey turning twenty-one, which is completely ridiculous since I gave  birth to him yesterday.   I look back and marvel on his abilities even though some might be considered inappropriate, but any milestone reached is a success in my book.

The first time Bailey said “shit”, it was used in perfect context.  He had dropped a toy, promptly used the expletive and picked up the toy.    Brian and I were unsure how to react.  Do we correct him on the cussing?  Or, do we tell him “good job” because he used it in the correct connotation?   We opted to congratulate him on the proper use of his expression paired with “that’s bad word”.  It’s complicated.

When Bailey was in grade school, his verbal skills were improving greatly, but we still relied on a little sign language.  During the summer, he attended day camp where he happened to be the only one with special needs.  His counselor, at the time, had just met Bailey and a few days into their budding relationship, Bailey flipped her the bird.   She was horrified and become more so when Bailey explained to her that his mother flips him off all of the time.   Let me clarify that I had not flipped him off, but let’s just say, his camp counselor was surprised at his skills.  Also, that was not one of the sign language examples that we had been using to communicate with him.  Although there were times I would have love to have used it.    Seriously, he can be an ass….as any child can be.

So, there you have it.  In a nutshell, parenting Bailey has been a comedy of errors sprinkled with a lot of humor.   I always look at his extra chromosome as something the rest of us are lacking.