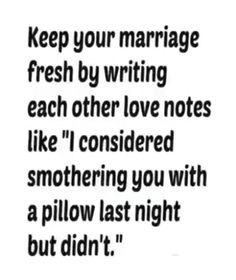 After twenty-five years of marriage, my spouse shouldn’t be surprised at the methods that I will try at least once.   Since I have this extra space right now, I have been working on my health with regular workouts (btw…..still LOVING it) and ridding the house of clutter.  It has been a slow process and I can only do it when no one is home.   (Yes, I am aware that is deceptive, but a girl has to do what a girl has to do.)  The people I live with are on the cusp of being hoarders.  Seriously, the crap that I have thrown away dates back decades.    So, in the physical sense things are clearing, but I was prompted to do an energy cleansing on our home.

Before you people judge and picture me around a cauldron, relax, that’s next month.    This Native American tradition of “smudging” is wildly popular.  Many do it before they move into their new homes.  Of course, I have lived in this house for almost twenty-five years, so I was a little behind.  The whole premise revolves around walking through the house with burning sage and clearing out the toxicity or negativity that resides in the home. It also kills any lingering bacteria, so there is a bonus that I was not aware of until yesterday.  Now, I wasn’t sure what to expect and of course, I wasn’t going to do this by myself, so I hired a professional.  Yes, there are people that do this for a living.  Tom is proficient in the Native American culture and explained everything about the process prior to starting.   Each room was cleared with a Native American prayer and I said my own prayer (as he instructed) after each room was completed.  Now, the windows were all open, so it looked like my house was either on fire or that I was smoking a lot of weed.    Smoke bellowed out as the energy in the home was cleaned.     I survived with minimum smoke inhalation and none of my neighbors that were home called the fire department.   Win-win.

Upon coming home,  Bryce thought our house smells like the aftermath of a camp fire, Bailey wanted to know all the details, and Brian just smiled.   He doesn’t say much.  He did ask how it went, but I could tell he was only asking to be polite.  Sometimes he might think I am the conductor of the crazy train.    Even with that said, I feel a difference in the house.  By clearing, whether it is your stuff or energy, you are making room for more to be received.  I know that most people reading this are skeptical.  That’s cool.   It would be nice if the process automatically dusted and vacuumed at the same time.   But for now, I will take what I can get.    In the meantime, I have taken The Life-Changing Magic of Tidying Up, the Japanese art of decluttering and organizing to the next level.