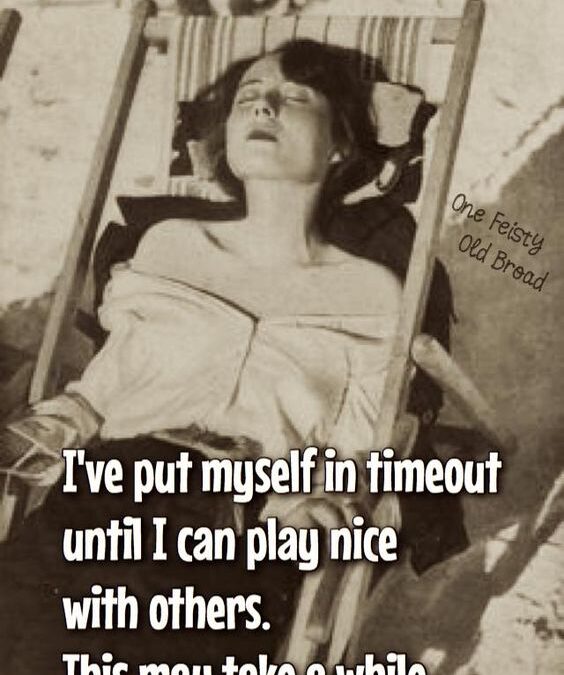 Sometimes the paranoia in people amazes me.   I am not sure whether to act surprised or simply accept that this type of behavior is now considered the norm.   There was a post on a neighborhood app yesterday where a woman stated that she saw a suspicious car in the wee hours of the morning.  The individual was getting out of his car quickly while running up and down various neighbor’s driveways.   She went as far as to describe the car and give everyone and their mother the license plate information.    While I read this, I became increasingly annoyed and normally, I would simply brush it off and not participate, but then I posted…..”Ummm, gee, could it be the paper delivery person?  This is prime time being the morning and all.”.   Yep, I couldn’t help myself.  I wasn’t the only one.  Multiple people who actually live in the neighborhood commented that it was the newspaper delivery guy.   I am waiting for the next big paranoid post…..”Suspicious brown truck with guy wearing a brown uniform running up and placing boxes on people’s porches.”.  And while that seems ludicrous, I fear that this is where the general population is headed.

I am all for vigilance.   I am all for being informed and aware of my surroundings.  Maybe I am a little sensitive since Brian delivered the paper as a second income for us.  Possibly, no one is aware that HE was more susceptible to suspicious individuals while he did his job.  There are a lot of wackos out there.   And years ago, people didn’t question him, instead they thanked him for his service.    I am not sure where the bend in the road to paranoia started to curve so sharply, but my concern is that the more we play into our overactive imaginations, the more out of touch we will become with reality.  Not everyone is out to get you.   Not everyone is plotting to rob you.    Just live your lives, friends.   Try to think how it was before we had social media, overzealous news outlets, and politicians that didn’t have the brain capacity of a toddler.  Let’s go back to simpler times where the twilight zone was simply a television show.