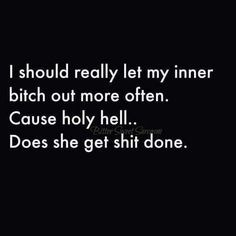 Imagine a world, if you will, where the opposite sex acknowledges holes in their clothes. Not only acknowledges, but perhaps, did something crazy, like dispose of them. More specifically, underwear and socks. Ladies, I know you are nodding your heads in agreement. It is an epidemic for which there is no cure.

First, my disclaimer……Bailey, despite having Down syndrome, can be a bit of an shithead. Stop gasping. It’s true. For the love of God, he is human, after all. Anyway, I was working out downstairs, and he was putting on his shorts and T-shirt. While jamming to P!nk, I noticed that his underwear had a hole in them. Not just a small hole, but it was like he had on assless chaps. Sigh. So, I reluctantly paused my workout for a very important announcement.

Me: Bailey, go change your underwear and throw those away.

Cue his eye roll (not sure where he gets that), an exaggerated sigh along with a possible growl, but I can’t be sure. He nods his head to indicate my words were heard. This is when I have to watch him like a hawk. I know how he operates.

I resume my workout and notice him heading for the stairs. He is in full operation of annoying the shit out of his mother, and blatantly ignoring my instructions of removing his assless chaps, in favor of something that actually covers his butt.

Me: (using my loud, commanding, bitchy, mom voice) Bailey, go change your underwear and throw those away NOW. For the love of Jesus, why are you ignoring me?

Bailey stomps into his room and reluctantly, I might add, did what I asked him to do. It isn’t just his underwear. He does this with his socks too. And, mind you, his father is exactly the same way. Ugh. Why do these individuals choose to ignore the obvious?

My theory is that the males in my house are lazy. That it would take too much of an effort to rid themselves of apparel that has seen better days. So, I suppose, on this delightful Monday, I will spend some time going through Bailey’s underwear and sock drawer. Searching the abyss for apparel with holes. Of course, I will do this while he is at work. It’s called undercover work and every mom does it. Desperate times call for desperate measures. I am like that Marie Kundo chick, except bitchier.