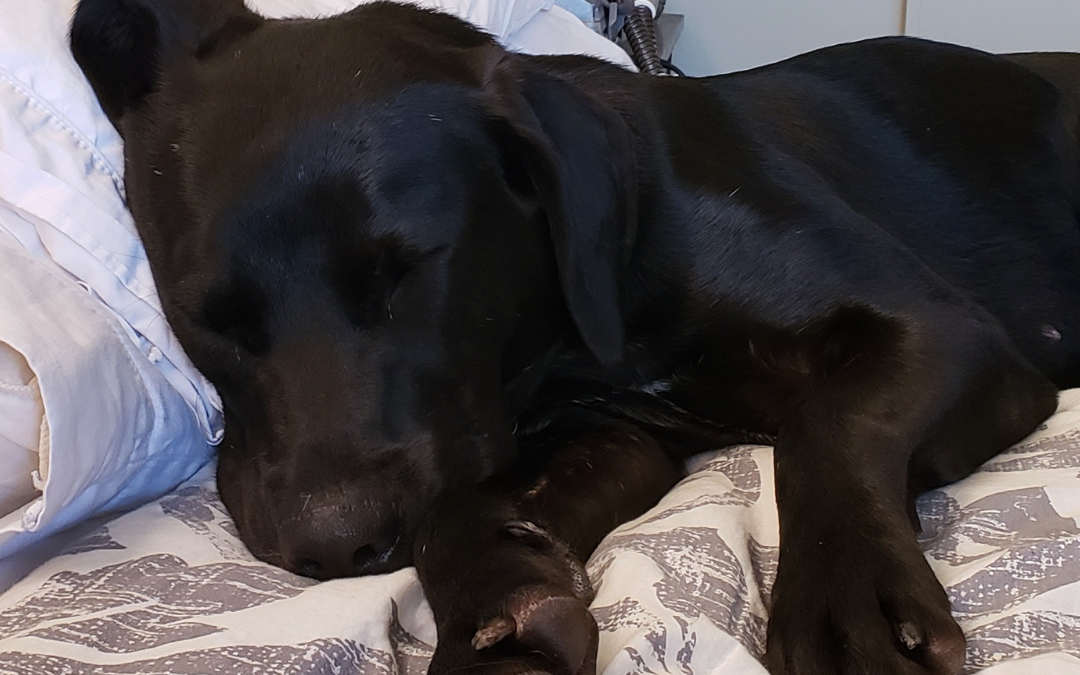 Look at that picture of Luna. Doesn’t she look sweet? My favorite part of the day is when she is exhausted. True story. It has been a while since we have had a dog with such high energy. We had two Basset hounds prior that have since passed away, and they only showed excitement when food was in the picture, otherwise, they were totally chill. Luna is a handful. Constantly pushing boundaries while showering us with your cuteness. It’s hard to be annoyed with a 50-pound black Lab mix dangling a toy in her mouth while standing on you. She is a master manipulator when it comes to forcing us to play with her. In an effort to curb her overly exuberant nature and to enforce some boundaries as she chases our cats and is generally unruly, I enrolled her in an intensive dog training class.

I had no idea that yesterday was “Puppy Day” where social media was flooded with photos of beloved canine companions. Who is creating these “days”? I feel like everyday is some new “celebration”. I should make up one just to see if it will spread. Anyway, I suppose Luna’s gift were these training classes where she will learn some manners. While we were meeting with one of the trainers for our consultation, Luna barked the entire time. It was hard to concentrate, but it reinforced my belief that having her trained will help her and us.

For three weeks, she will go everyday to be trained and on Fridays, I will attend and learn techniques that will help enforce what she has learned. See, I am trainable too. At least, I hope so. It just reinforces the idea that a dog’s behavior isn’t bad, it just needs to be redirected. Our cats would really love for Luna to not live here, but I promised them that things will get better. They are skeptical. I totally understand their attitudes as nobody likes to be chased incessantly, but I am confident that this training will benefit as a whole. They might not become best friends, but at least they can cohabit in a peaceful manner.

I told Luna in the car ride home, she better enjoy the next six days because things are about to shift. She responded, later in the afternoon, by chasing a squirrel , jumping on my deck table and trying to scale the six foot fence. That might have been her version of the middle-finger.