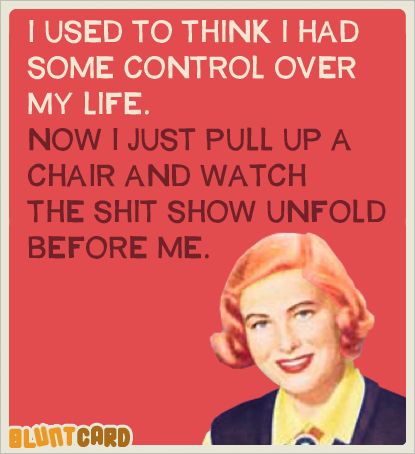 My mother says that “no good deed goes unpunished”.  I hear that often in my head repeating like a broken record when the stars align and I do something kind.  Now, there are moments when I believe it is true and one of those happens to be yesterday.

For the last few years, my boys have done their own laundry.   It was my gift to them and me.   If I am completely honest, it was in an effort for them to be self-sufficient and me to not to have more crap added to my list of things-to-do.    However, Bryce has lapsed in that area.    He still does it, but it is becoming more infrequent.   There is a pile of clean clothes on his chair while a tower of dirty ones take up residence in his basket.    That tower taunts me.  Even if I close the door, it whispers, “Why don’t you come in here and just do his laundry.  Look we are just as uncomfortable piled up here.   The stench is unbearable.”  Okay, maybe it doesn’t really whisper that long dissertation, but there is a pull to simply take care of it.

Yesterday, I decided to simply take care of it.   It was a loving gesture…..for me and him, but mainly me.   I was pleased with myself until I opened the dryer to take them up to his room.  The smell was overwhelming.  The stench of body order just about took me out.  Once I regained some sense of stability, I realized that his shirts were the issue.    I googled solutions.  I wondered if I had forgotten to put in the detergent pod.  (It happens) Finally, I decided to give those poor shirts another round in the washer complete with baking soda as I read that helps alleviate teenage boy toxic smells.  Okay, it didn’t really say that, but that is what I was going with at any rate.

Once the washer was done, for the second time, I cautiously opened the door and removed them.    Slowly, I brought them up to my nose while mentally preparing myself.  I sniffed.   I sniffed again.   Two sniffs and I was overwhelmed with success.  The aroma was floral and delightful.  My nose was happy.  The shirts were relieved.   Four hours later, I have laundry success.

When Bryce came home, I told the story of the odor plus my tackling of the situation.  Apparently he is nose blind.  He looked at me as if I were an alien trying to extract his brain.   His loving response was, “Stop doing nice things for me.”  Of course, he says this with a grin and is amused at my long story of my relationship with his laundry.   I only hope that his roommate in college is nose blind.