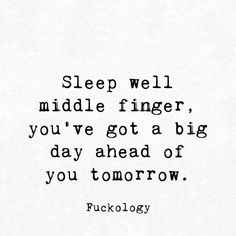 Not in a million years did I ever imagine that my biggest nemesis would be a talking watch. WTAF??? Anyway, my mother suffers from Macular Degeneration, which has limited her eyesight to the point that she can no longer read or see the hands on a typical watch. So, a couple of years ago, we were directed to a brand of watch that will tell you the date and time with the press of a button. Sounds amazing, right? Sounds like the answer to so many problems. Well, it hasn’t been.

We are on our third attempt at finding a watch that not only works all the time, but doesn’t have instructions that make my eyes water. Seriously, if these are produced to aid an individual with a visual impairment, they may need to reconsider their end goal. It reminds me of the Hokey Pokey. Lots of putting my left foot in and out along with turning myself around. It has been enough to drive me mad. So, when her second watch opted to jump ahead two hours and talk without the button being pushed, I contacted the company. I shared that we have bought two watches from them. One lasted a year and a half where I was constantly fixing issues. This last watch lasted three months and was possessed. Of course, I was a delight on the phone as they kept basically telling me, I was the problem. Which, they might be right. I mean, after all, I don’t have a PhD, which seems to be required in understanding their ridiculous directions. In the end, money was refunded and I am sure they ran screaming from the building after our conversation ended.

Third time is charm, right? Well, I’m not sure. I found another watch made by a different company. She has had it for two weeks. Her complaint is that she doesn’t like the man’s voice. Jesus. Take. The. Wheel. Yesterday, her caregiver texted me that the when she presses the button to find out the time, the man no longer speaks to her. Maybe he was offended that she doesn’t like his voice. Maybe the talking watch industry has it in for me.

Today, I will be going over to my mother’s to figure out what the hell is wrong with this watch. Don’t worry about me. I am simply a middle-aged woman trying not to lose her shit over a talking, inanimate object.